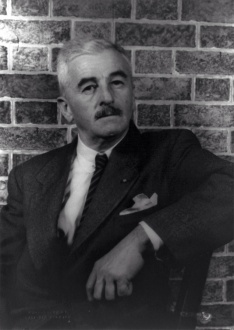 For the past eight and a half months I have been writing a novel. I have written a novel before, but it was not for the light of day. I did not know how to write a novel so I spent two years working on it after work, on weekends and in my spare time, trying to learn. When I thought I was finished I met someone and let them read the first sentence. He said, “Why do I care?” And this was a very good question.

I couldn’t answer him. I had no idea why he should care. So I took some time to figure it out. Turns out, he didn’t care because I didn’t know why he should care. Which was fine. For a year I kept writing, working on stories, blogs, journaling, just practicing, getting better.

Then one of my old friends came to visit me in Portland and he said, “Yo Dan, we gotta get you on the shelf man.” I said, “I agree old friend, but how do you suggest we do it?” “You got to set a deadline,” he replied. “How’s six months?”

And so for roughly six months I didn’t have a job and lived the transient life while I wrote. It was immensely satisfying, until about the final month. I kept hearing back ‘no’ from different literary agencies. I realized that I actually had to find a job, because I was running out of money, and my work, I felt, was at a stage where I wanted to be finished.

I found a job and continued to refine the novel during evenings and on weekends, just like in the old days, except now I’m a couple of thousand hours better. Which does make a difference. I’m not saying I’m a master, but my old friend was right. At a certain point you have to actually put something out there for the world, even if it isn’t a masterpiece — even if it’s the best you got. The idea is that you keep going forward after that and maybe by the third time, people will start respecting you for it. And with the experience of knowing that my audience has to care about it, I realized that the reason they should care about this one, was because I’m trying to impart some truth into the world.

You may snicker, go ahead. I’ve been doing some serious research. I’ve got some experience under my belt. I’ve dabbled in alchemy. I think I know a little bit more about Truth than the average Joe Schmo.

So here I am, eight and a half months in and I’m feeling pretty good. I don’t know if you read my last post, but it was about metamodernism and what exactly that is, how I fit into it, or rather, how to write a novel to define it. First let me tell you that it incorporates elements of a few novels I had been waiting a while to read: Thus Spake Zarathustra and As I Lay Dying, Journey to the End of the Night and Super Sad True Love Story. And I realized that my story, my protagonist, has to represent a hero on a journey. It has to redefine myths for our irreligious era. It has to be written allegorically. And it has to move between a modernist subjectivism and a postmodern undermining of that ideology: it has to represent a metaxy, an oscillation between extremes and a furtherance beyond. My metamodern novel will embody, in the words of Luke Turner, a “pragmatic romanticism” which ultimately fails in a world unready to accept it, at least, for my protagonist, Sebastian.

What about my deadline? Well, quite obviously I’ve passed it and you don’t hear me talking about where to find my book. But I’m not worried. I’m going to self-publish it by the year mark, January 25. Unless, you know, someone offers me a deal or something. I figured six months wasn’t very long to write a novel, and that a year would be better. In the meantime, I’m going to give you a few teasers to whet your palate. So look out for them. Oh and my working title is Lovers and Gods. If you have any better ideas, feel free to suggest them in the comments below.